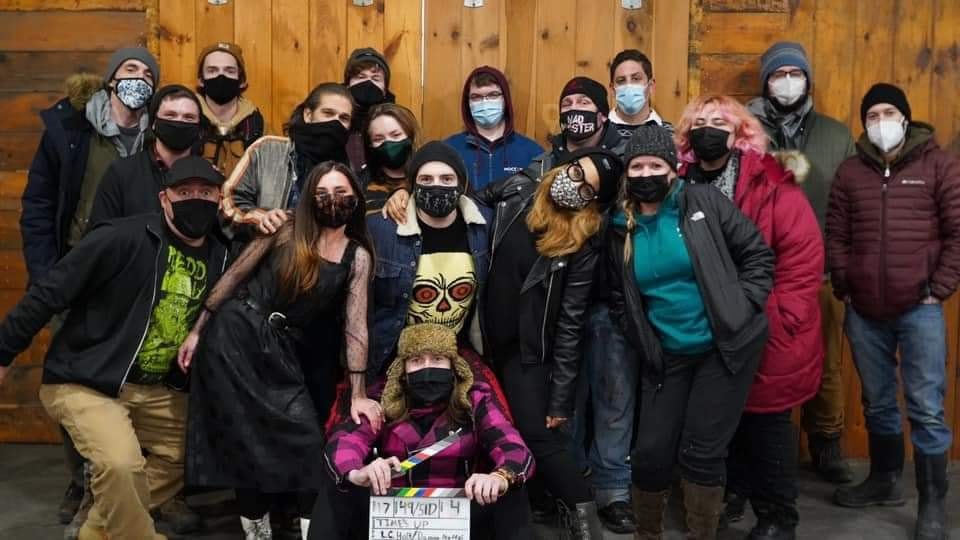 I have a lot to say here. So I’ll just drop it in while we get a new President. I’m not worthy of the group that showed up to jump into the cinema trenches for this movie. A group from one end to the other that went above and beyond in so many capacities to not just see that it started and finished, but that everything they put themselves into was done to the best of their ability, and the abilities far exceeded expectations.

Getting this sucker done, this whole year, from conception to execution was the most grueling thing I/we have ever attempted, and this was on the heels of me remote learning with a 14 year old, 8 year old, and a 3 year old whirlwinding around us.

Ryan James, invaluable, waited patiently to be activated and then was ready at a moment’s notice, taking the pressure off during filming so we could concentrate. Kate A Kiddo who not just delivered a fantastic, thoughtful performance, but kept our set safe, sanitized, and covid-free, and helping problem solve aspects from well before. Felissa Rose Esposito Miller, who stepped up and drove this bastard when it seemed impossible, and then kicked it into overdrive when it seemed the wheels had come clean off, enlisting the help of some of the damn finest people I’ve ever met.And my accomplice LC Holt, who hung in there with me from day one, absorbed rants and mood swings, and stepped up to direct the living hell out of this thing. Let’s do it again.Indebted to these folks. Would do it again on something else knowing we have each other’s backs because I know it would be worth it.

This mother saw some damn fine performances from some old friends we knew would bring it like Hannah Fierman and Chaney Morrow, Jonathan Tiersten entering the fray, but it also witnessed some absolute knock our socks off, legit work done breakouts from Kamarra Cole, Tyler Senatore, Madison Edmunds, Benji Otte, Bethany Desrosiers, and Ryan Villacci.

Grant Fieldgrove who was the MVP of the Indiegogo, helped me get through that… Process, and then showed up and continued to bust his ass. Matt Nease and Doug Henderson who showed up as a juggernaut duo, worked harder than anyone, and made this thing look beautiful (and possible to see it at all!). Tom Devlin and Julia Damore, whose FX work is what the kids are going to see, delivered the goods in ways I can not properly express. But you’ll see them. Tara McDade who swooped in to make us look pretty, Grace Brauer who swooped in to make everything around us pretty, and Shane Grant for capturing the non-stop BTS that us physical collector nerds hope for upon release.

Dan Ballester for dropping that sweet, sweet DIT. Making rando trips to the store, and for laughing at the uproarious comedy The Strangers Prey at Night.

And Topher Hansson, The Pilgrim. Wonderful actor, tremendous AD, and a patient, patient man… And his other settler, Connor Duncan. Thanks for keeping us on track, and thanks for sticking with us from the get go.

Genuine love and appreciation for this group. Every one of them. Truly. Faith restored. Could not have done it without them and we’ll never forget that.

Time’s Up on Time’s Up Movie. For now.